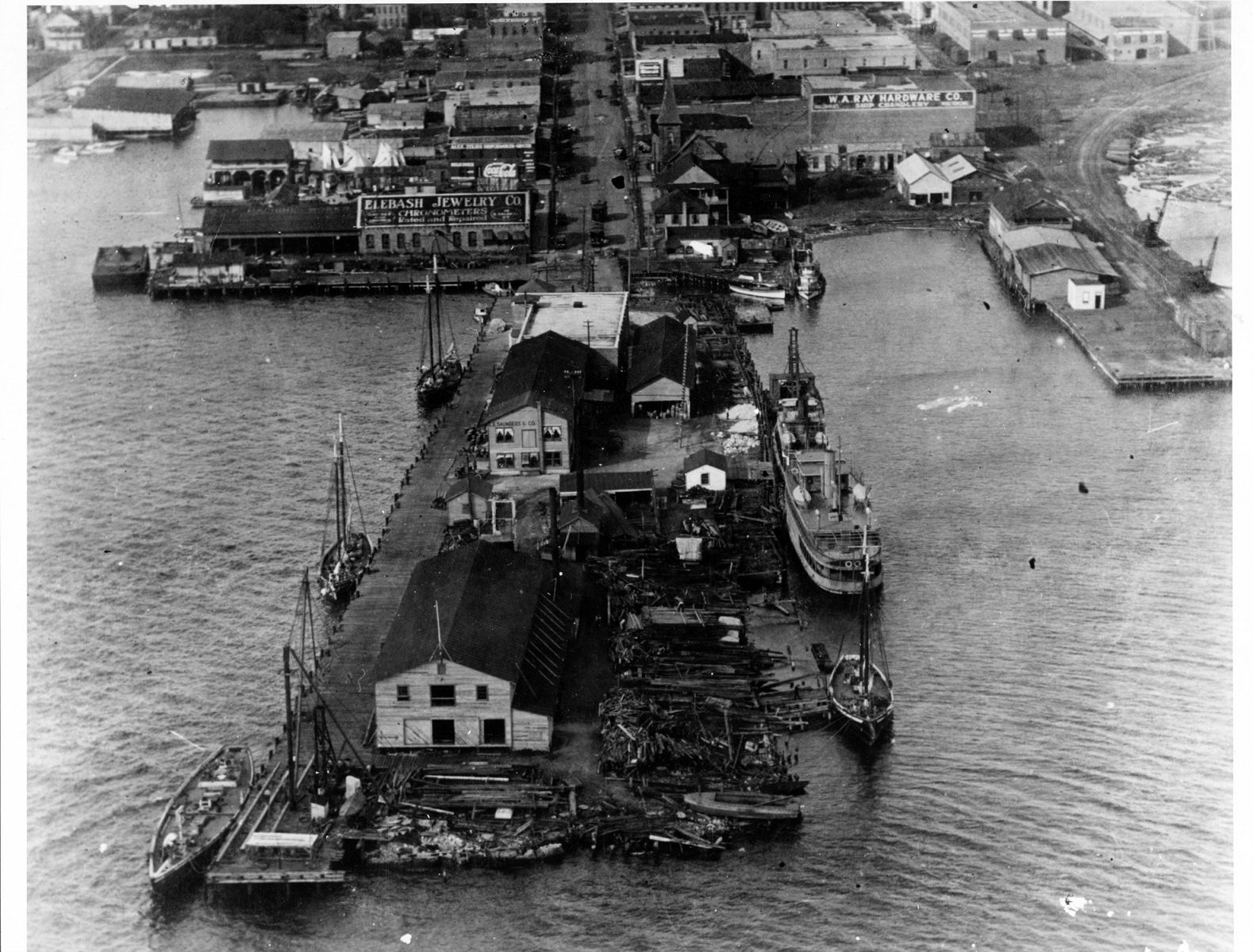 Escambia County experienced an era of economic prosperity during the lumber and fishing boom of the late 1800s. Long leaf yellow pine and red snapper filled the hulls of vessels and railcars bound for domestic and international markets. Palafox Wharf, located entirely south of Main Street, served as one of the main docks in downtown Pensacola and hosted a large variety of these lumber and fishing vessels. However, intermixed and lost in the jungle of port traffic, small and large excursion boats offered their services to locals and visitors alike for trips along the bay and to Santa Rosa Island.

In the late nineteenth and early twentieth centuries, Escambia County lacked modern-day infrastructure that enabled public access to isolated points across the bays and nearby barrier island. Instead, residents and tourists relied solely on privately-chartered excursion boats that offered access to these destinations. By the 1880s, excursion operators, alongside the lumber and fishing industries, added economic value to Palafox Wharf. Early excursions from the wharf visited areas of established infrastructure, such as the Navy Yard, coastal forts near the pass, the lighthouse, and the lifesaving station, an early coast guard post on Santa Rosa Island.

By the turn of the century, seasoned captains transported people frequently on their excursion boats from Palafox Wharf. One skipper, Captain Bennie Edmundson, owned several small launches that he regularly advertised in the Pensacola Journal from the late 1890s and into the 1920s. During the 1910s, Edmundson advanced his business interests by investing in an early beachside resort on Santa Rosa Island and purchased a large steamship, the Baldwin, capable of transporting four hundred excursionists to the island. After the military restricted access to the island during World War I, Edmundson secured permission to reopen the island to excursions and development in March 1919. However, the maritime excursion business of Palafox Wharf culminated with the completion of the Pensacola Bay and Santa Rosa Sound bridges which offered direct land and vehicle access to the resorts and beaches on the island in June 1931.